A couple of weeks ago I was asked to go with T=travel writer Jennifer Cox to The Peloponese Islands in Greece to shoot some images for a Daily newspaper ans for Easyjet.

I was amazed and awed by the beauty of this part of Greece. It was my first trip to Greece having always wanted to visit the land of mythology. wellI wasn’t disapointed at all. we visiited Olympia the site of the first Olympic Games and I was amazed by the beautiful site dating from 776BC – wow!!! However my favourite place was the ruins at Ancient Messene, it contains the ruins of a large classical city-state of Messene that is still being excavated today. By far and away the most exciting place on the site was the Stadium – wow again!! 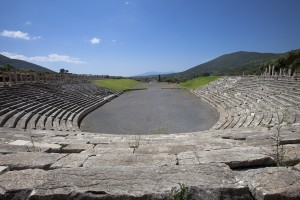 Can you imagine the history here? 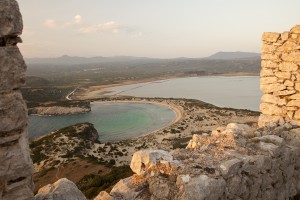 From the north west coast at Killini to further south at Kardamilli we covered about a 1000km in a week most of it on small winding road uo and down the site of mountains. We covered one of the best beaches in the world Voidokillia watched over by The Paliokastro Castle.